Join / Sign In
Turn on suggestions
Auto-suggest helps you quickly narrow down your search results by suggesting possible matches as you type.
Showing results for
Search instead for
Did you mean:
Options 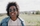 Hi! I'm Kailey. I'm 26 and in Connecticut. I was recently diagnosed with Endometriosis with my uterus attaching to my ovary. I've had 2 D+C's a few years back for abnormal bleeding, but no doctor has ever told me I had Endo until a new, recent visit (bless my new provider). Have any of you had similar experiences? I've found that rarely doctors have listened to my pain, bleeding, or the fact that it really impacts my quality of life and I'm always getting a new diagnosis.

I'm also seeking anyone who has had the laparoscopy for Endo. Much love to you all.

I had endo in my early 30s and only was diagnosed finally when I ended up in the ER in tears with all the pain. My obgyn at that time couldn't find anything - I was having a lot of vaginal pain - and in the end put me on a drug that I knew would take months and wasn't addressing the issue. (Because it was for an issue my Mother had, I was familiar with it.) In fairness to him, this was a hard diagnosis. They did a laparascopy and suddenly they could see all the scar tissue. They cut it but I was later told by another obgyn I switched to when I went home to recover that it likely grew back. This was all rather scary, to be honest. At first I hoped I was misdiagnosed. But I wasn't. I then found out that the three alternatives to stop the pain were birth control pill off label, Lupron with many potential side effects, and then removal of the reproductive organs. I opted for the first, which can take up to three months if it works. It finally did after two months, on disability and pain killers. I thank God that after a few years when I came off them, it had gone into remission. While I have not married or had children, at that age I still hoped to and didn't want that decision removed from me. The thing with endo is, you can have a lot of scar tissue and little pain, or the opposite. Endometrial cells can also be microscopic, and I had pain where there was no scar tissue to be seen, not where there was. So again, all this is very relevant. Make sure you have a good obygn or get one. Maybe there are more treatments now - I am talking about 15 years or so, maybe 20. And have a friend or someone who can be with you to help. If memory serves, it took about 6 weeks recovery and I felt horrible on the oxycodone they gave me. Now I refuse that and only take other pain killers after surgeries, but everyone is different. If your doctors didn't listen, they probably didn't get what you had, like mine didn't, till I couldn't take the pain anymore. My obgyn back home was excellent, a smart black woman from an Ivy League who took good care of me. The hard part, really hard, was holding out two months with pain to see if the birth control would work. (I didn't want to be on it, with the side effects of potential blood clots, etc.) But Lupron puts you into premature menopause and your bones thin, etc. and it's a shot, so you can't stop when one it. And then removing organs, they can't be put back. The long and short of it is, try to get your pain under control and have a friend or family member or even more than one there to help support you as you go through this and get it under control YOU CAN DO THIS!

Deb, this made me cry! I thank you for being so open and transparent about your journey with endo. It's really hard and difficult to manage a growing life within while you have these barriers to your quality of life. I'm really thankful for the most recent OBGYN I've met who was spot on in trying to find it and give me options. I'm going to do the surgery in May with some pelvic floor therapy and then see my options afterward. I really didn't want to do the Lupron shot because of those side effects (plus, what if I'm having pain on top of that... nope!).

I hope you are in better health now and thriving, you deserve that. ♥️

Hey Kailey! Thank goodness your new doctor has been able to help you out, I hope you can continue to grow the relationship and your provider becomes your advocate ❤️ Tagging our Wellness Guides @Saru_B & @Karen_C for some advice or words of wisdom. Wishing you the best of luck @kaileyctown !!!

@DebMarPir THANK YOU so much for sharing!!  This is why we need girlfriends and family members to be open and honest and share so we can prepare, ask questions, and get the help we so deserve.  I am so glad you found someone that would listen and you sharing your experience can help so many other that are lost or discouraged trying to find solutions.  Keep sharing, keep supporting, you are a gem in this community of women!! ❤️

I was diagnosed with Endo after my 3rd child. I am currently 44.  I was unexplained infertility with my first 2 and during my c-section with my 3rd, my OBGYN asked if the fertility specialist ever mentioned. Apparently, I had some scar tissue forming by then.  I had no pain or symptoms until 2017.    My OBGYN said it is difficult to diagnose definitively unless you area already doing some kind of other procedure. I'm so glad you got a provider that listened to you.  That is key.   You know how your body feels and know when the ENDO is flaring.  I tried various birth control pills to control the pain that came with ovulations and very large re-occurring cysts.  In 2018 I had my left ovary and both tubes removed (via laparoscopy), to help control the pain.  There was a large amount of scar tissue forming around my ovary, bladder etc. He removed what he could, but since a lot is on the bladder, that is still there.   For the last 4 years, I've only had periodic pain at various times of my cycle, manageable.  He was hoping by removing my tubes (I was done having kids) it would minimize the regurgitation of the scar tissue spreading.  I am very peri-menopausal and the Endo pain comes and goes with a vengeance.  Ibprofen barely works, lots of pain for 24 hours and usually starts to go away after that.  I am currently look for pain management option.  Last week I started the nuvaring, but had an inflammatory response and had to stop that.  I'm slowly recovering from that.  My body is very sensitive to hormones and working through options.

It helps tremendously having a doctor that validates your feelings and your experiences and helps to develop a plan.  I wish you luck.  If you need emotional support I know your pain.  Hugs to you. Keep advocating for yourself and trust your body!

Kailey,  I'm not sure if you have thought about children, but with having Endo and being diagnosed, you have information that can help a fertility specialist.   Keep that in mind if this is something you want.  Maybe take the time to consult with one sooner than later to discuss options down the road.  You want to make the best informed decisions you can when you are in your 20s.   Also,  pelvic floor therapy is amazing.  It is difficult and hard, but it works and helps tremendously.   I did it in my 20s before and after my first child.   Thank god for special team of women that put me back together.   You can do it.   It sounds like you are on the right path to recovery and management.  Good luck!

SIGN IN HERE
New to Athleta Rewards? Join for free

Pop Quiz
(The Good Kind)
Define your goals and get connected to real conversations, curated content, and Guides to get you there.
Take the Quiz
×