Join / Sign In
Turn on suggestions
Auto-suggest helps you quickly narrow down your search results by suggesting possible matches as you type.
Showing results for
Search instead for
Did you mean:

How We Stopped Trusting Ourselves With Food

There was once a time when most of us ate food simply according to our body’s cues. This was the Before Times—a phase of life, however brief, before we internalized ideas about our bodies and what or how we were “supposed” to eat. The length of this phase is or was influenced by a number of societal and cultural factors, and a lot of that comes from well-meaning caregivers. However, the impact of learning rules that override our intuition runs deep. At some point, most of us absorbed and responded to all of the outside influences that have defined the “right” way to eat.

Fast forward to teenage days and/or adulthood, and it’s hard to imagine a world in which we just...eat. A world where we trust ourselves to eat without rules, without structure, without a plan, or a clock.

Dieting is introduced to us at young ages, in direct and indirect ways—sometimes as early as preschool! We’re told what to eat, when to eat, how to eat, and maybe even told to write it all down and keep track, to help “manage” everything. So it makes sense that, as adults, we have a hard time re-accessing the intuitive eating skills we once had.

“I just can’t trust myself around food!” I’ve heard so many clients express this sentiment. Whether it’s with some of their favorite foods, or the basic faith in themselves to eat without rules, rigidity, and/or numbers. What they often mean is they’re scared to see what happens in the absence of all of that structure, all of those rules. They’ve forgotten that their body does have an innate ability to seek nourishment, and there are hormones that communicate our hunger, fullness, and satisfaction.

I’m not saying it’s easy to “just eat!” And there are a LOT of factors that, even without a restrictive diet, will influence what, how, and when we eat (allergies, intolerances, chronic health conditions, activity level, cultural norms...just to name a few!).

But if you’re tired of dieting, bored by the rules and restrictions, and/or confused by how the definition of “healthy eating” seems to be a moving target, you’re in the right place. Because I am saying that it could feel refreshing and freeing to work on rebuilding that trust within yourself. We’ll be talking about what that looks like in this series.

Stay tuned for the next few posts exploring this part of intuitive eating. In the meantime, comment below with what it might feel like for you to stop dieting, and why you’re excited to rebuild trust with yourself.

Intuitive Fueling for Your Movement & Exercise Without Food Rules 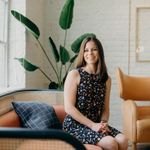 3 Tips for Rebuilding Trust With Your Body and Food

Pop Quiz
(The Good Kind)
Tell us about yourself! Take our quiz to define your goals and help us recommend content, conversations, and more to get you there
Take the Quiz
×